Skip to content
There is a lot of turmoil that cannot be fit into a left-right schema. It is a people who are discovering their capacity to be more than a mere mass of support for a retrograde and cynical oligarchy which uses the words "revolution" and "anti-imperialism" to legitimize an ordinary despotism hardly different from any other tyranny. They are a people tired of "revolutionary" and "socialist" inequalities and privileges.

Cuba, in addition to being a museum of the global left, is a society with a state, police, repressors, privileged & marginalized peoples and a bureaucratic military oligarchy as greedy as any other. The fact we've had an enlightened and humanistic despot does not excuse him, nor his lasting heirs, from their despotism. A significant portion of the people say they've had enough. The American blockade must be lifted, the monopoly of the Castro oligarchy must end. It will be complicated & surely "impossible", but that's the most honest perspective I'm seeing.

Our companion Leonardo Romero is currently missing; he is an enemy of the Cuban state for having publicly written on a sign "Socialism yes, repression no!" His disappearance is the true face of this government.

Caption for image: "Anyone who hinders the steady forward march of this brother is the enemy." 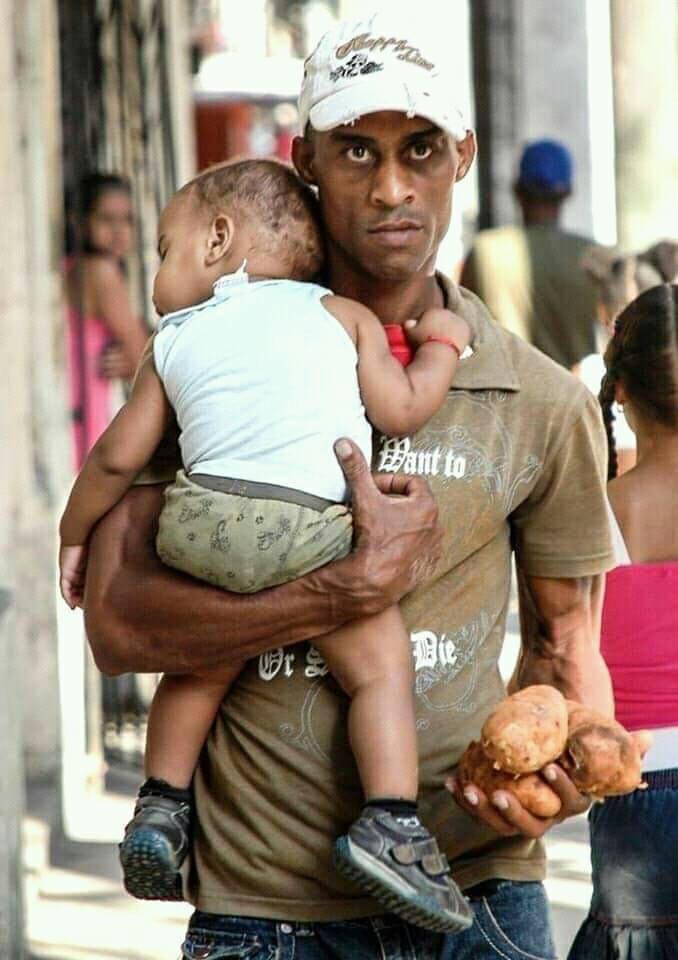