an old friend shared with me copies of UNCONTROLLABLE, another post-k new orleans anarchist periodical to which i contributed. it was one i'd quite liked, since it had great art and was more or less 100% attack.

i thought ah, i bet nobody remembers a lot of the actions in here. it's so spirited, maybe i'll post some of it online. but as soon as i got the ok to do so (and wrote fucking tweets pompously announcing it) i began to feel bad. 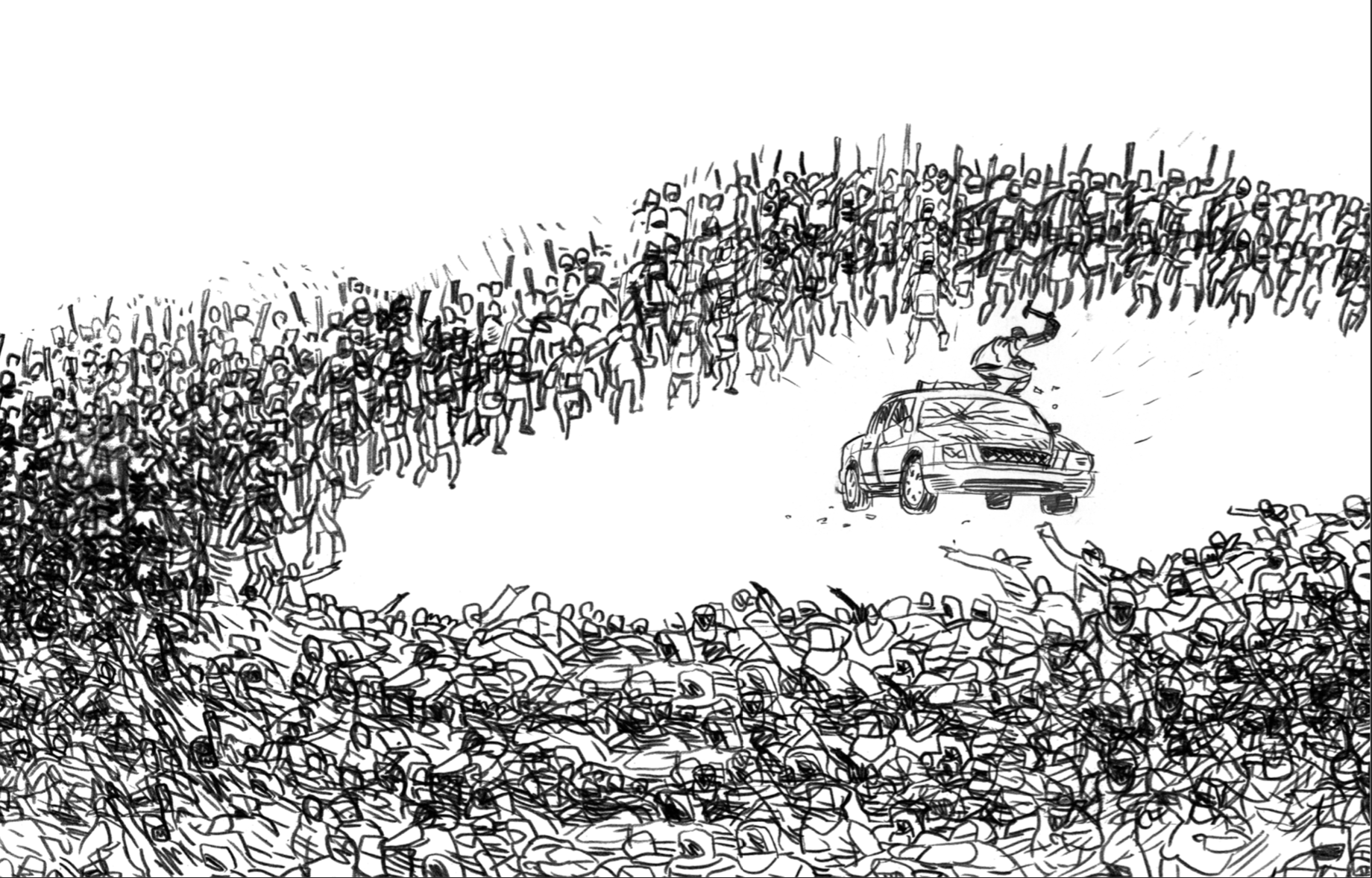 what would be the point? literally, what purpose? for whose consumption, for what postulated posterity? what does it matter that seven-plus years ago some people in new orleans fucked some shit up or that some other people wrote a newspaper about it?

wow, we ran one shitty developer out of town. so? what difference did any of it make? what grew from it? where did any of all of it lead, except to the intolerable present? if anything we should be ashamed. it often seems to me like everyone not in prison should be ashamed… but that's another matter.

it frustrates me that some weakness or character flaw moves me betimes to immerse myself in this sort of old crap. it's crawling down the hole of an outhouse so i can wallow in years of my own rancid shit: ah, it's cozy warm here, how comforting to revisit! mmmm, i remember that one, that WAS a good meal!

no, that analogy is weaker than it needs to be. i require a more sinister metaphor for the unhealthiness of nostalgia. the past is a trap. all those petty risks, inconsequential clevernesses and ephemeral revolts are (i now perceive) building stones, and my repugnant vanity the mortar, while i am both giddy fortunato and my own methodical montresor… entombing myself alive, far from human earshot, as if it was a prank.

yes, while the world sinks and burns i am down in the murky subbasement with my sad, yellowing zines, missives from dead realities, applying my keyboard-trowel to wall myself off from both the present and future– securing myself in the catacombs alongside the other piles of bones.

and why should i brick myself in? for something to do? i have too much to do. to say "i was there," like a dog pissing on a wall? well guess what, i don't care myself, let alone suppose anyone else does. to show how bold and clever we all were? that would be funny if it wasn't so sad: casting myself as the dutiful docent, reverently dusting the lustreless artifacts in the Anarchy Museum's least-visited back hall.

every living thing on earth is being fatally poisoned precisely by PRECEDENT… crushed to death by THE WAY THINGS HAVE BEEN DONE… and i am, if anything, part of that precedent; i am the poison, the problem: i have no lessons to impart. everything that's been tried has failed and become just more historical clutter, more neurotically hoarded garbage we cling to as a substitute for life.

let the miserable, mediocre past lie dead and be dead. i hate the present enough… and the only thing i like about the future is that i don't know for an absolute certainty that my courage or my health will fail me as they have 'til now.

and you know what? unless i'm mistaken, i believe as of september 2020 nobody else who was involved in writing, editing, printing or distributing this specific publication even lives within 500 miles of new orleans. how rich is that? drawing again from the godhead, I say: Ha! ha! ha! –he! he! he! –a very good joke, indeed –an excellent jest.