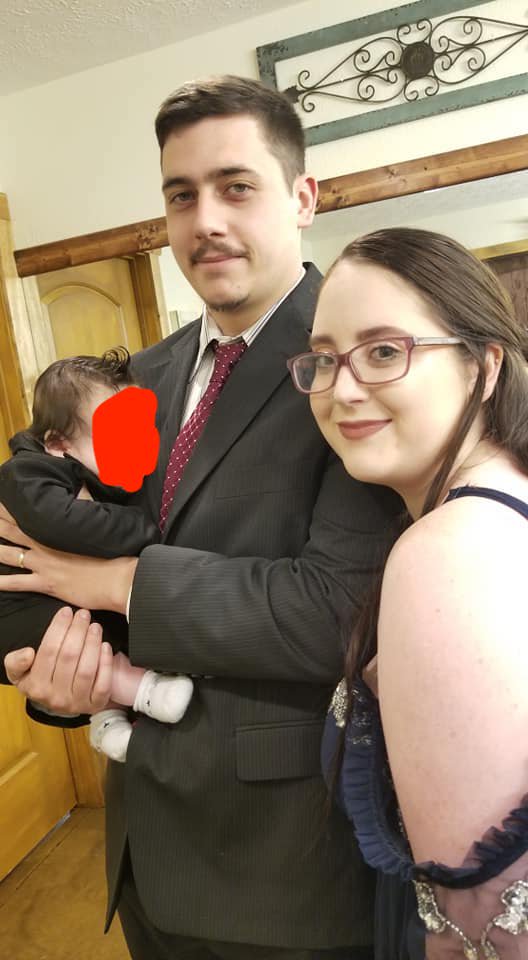 Both she and Peter are fascists who would like to see Louisiana become a white ethno-state.

Despite being a dyed-in-the-wool Kenner brah, Peter has lots of opinions about what New Orleans should or shouldn’t be and do. He’s also desperate for a sense of belonging, as we can see when we trace his journey through founding and then abandoning satellite chapters of a series of different extreme-right organizations.

In the wake of Trump’s election, Peter created the New Orleans branch of an anti-antifa group calling itself Anti-Communist Action. He tried unsuccessfully to organize secret meetups and posted tons of racist content to the usual messageboards, including shilling his fascist patch business. He used the still-existent @nolaanticom twitter to call people “cucks” and share crucial info like “New Orleans Deputy Mayor with Antifa, cops stood down as #Antifa terrorists attempted murder against a woman.”

Peter was very excited about Charlottesville’s “Unite the Right” rally, which he attended; shortly thereafter Peter abandoned “Anticom” to get involved with the neo-fascist group Identity Evropa (pronounced Europa), and he founded a small regional offshoot called Identity Acadia. Thanks to some deep sleuthing by Unicorn Riot and the anti-fascists at @StopNOLAHate, he and many other Identity Evropa members were doxxed and exposed.

According to @StopNOLAHate on twitter, “[Peter] led dozens of actions in New Orleans, intimidating teachers … recruiting a white supremacist gang, and spreading fascist propaganda.” He used several online pseudonyms, including James Coney and Jean-Baptiste. Since the doxx dropped, Identity Acadia’s internet presence and real-world visibility have dropped to zero.

While they’ve taken down their twitter and blog, Peter Morgan continues to be active as a voice of the extreme right-wing in New Orleans. On April 20, he and a fellow alt-righty disrupted “Drag Queen Story Time” at the New Orleans Public Library’s Alvar branch. Dressed in clown suits to protest the “clown world” they blame the Jews for, the two unfurled an abstruse, sarcastic banner and pranced around the library with it.

Morgan’s publicizing of this event carries the logo of the “American Identity Movement,” Identity Evropa’s attempted post-dox rebrand away from Greco-Roman imagery and towards folksier American roots, a strategy to more effectively penetrate the Republican party and mainstream.

Also outed as a local member of Identity Acadia was Matt Muller, an English teacher at Archbishop Rummel High School in Metairie. Muller’s facebook included posts in which he equated black people with high crime rates and heaped adoration on the Confederate flag. Muller was likely Identity Acadia’s “inside guy” for the harassment and intimidation campaign Identity Acadia launched against another Rummel teacher for the crime of teaching a curriculum that included the “Power + Prejudice” definition of racism.

Eco-fascism and appeal to Cajun identity

Like any movement with size or vitality, the contemporary American far-right contains multiple, sometimes contradictory ideological strains and tensions. Better understanding our enemies helps us more effectively defeat them, and Identity Acadia had some characteristics that make it worth unpacking.

The first is IA’s appeal to Louisiana French identity, specifically Cajun. This is more regionally focused than Identity Evropa’s generally pan-European bent, and was a politically savvy move—the Cajuns as an ethnic group were oppressed for hundreds of years.

Morgan and Co. have, predictably, conveniently left out anything about the mixed Native and French heritage that characterized many of the original Acadians who arrived in Louisiana after having been violently expelled from eastern Canada by English colonizers. They prefer to construct the Cajuns as a pure European ethnicity that has been downtrodden and debased by multiculturalism. Never mind that Morgan is probably not Cajun and, through the Identity Acadia twitter, harkened back to his great-great-grandfather from Spain in his political identification as a Falangist (a Spanish fascist ideology that arose in the 1930s and came to political dominance under the Franco dictatorship).

Like the leeches that they are, IA latched onto the strong anti-gentrification discourse against transplants in New Orleans, altering Identity Evropa’s despicable “Jews will not replace us” to the much more approachable “transplants will not replace us.” Notice how the phrasing implicitly places them on the side of the victims—- born-and-raised (white) Louisianans whose culture and traditions are being erased by out-of-state hipsters, a much more widely acceptable target than Jews. They know how to play the crowd. Never fear, though, their twitter, while it existed, was still chock-full of vile anti-Semitic and racist posts.

The second element that makes them stick out is their environmentalist bent. This is certainly not new among fascists; blood is only half of the infamous Nazi line “blood and soil.” Many fascists take an eco-centric view that values a healthy ecosystem insofar as it is the material and spiritual basis of a healthy ethno-state. However, it’s not the most common position we see among the visible extreme right-wing today in the US.

Again, this is very politically savvy. There’s no talking your way around the stark environmental conditions we’re facing in the coming years, and all of us who live here know this. Extreme right-wing “solutions” to these problems that do not take into account their social roots in capitalism and colonialism will likely have greater appeal as people begin to feel that the situation is more dire.

Nothing new… Some historical context

Eco-fascists have popped up in other areas of the US as well, and are frequently associated with the syncretic politics of the “Third Position.” Third-positionism takes its name originally from its self-conception as a political and economic system that rejects both the individual greed of capitalism and communism’s theoretical striving for social equality. It arose in the early 1900s and like other branches of fascism is a parasitic synthesis of left and right politics. In fact, Falangism was originally a third-positionist philosophy that arose out of the Spanish syndicalist movement in 1933.

With the defeat of open fascism in World War II, many fascists decided to focus on cultural and subcultural realms rather than the sphere of overt political organization. For example, many black metal scenes are subcultural spaces inhabited by fascists, anarchists, apolitical people, and many others.

What do anarchists or other radicals have to fear in this strategy? We can turn to this quote from Miguel Serrano, a Chilean third position fascist, for the answer: “In the Great War, there is no room for the faint-hearted, the cowardly. A criminal or an anarchist will be better conditioned than a bourgeois, indecisive or cowardly man. They only need a push in the right direction.”

Third-positionists view anarchists and other anti-systemic elements not as enemies but as potential allies (read: pawns). They flirt with moves of alliance towards us. They seek to recruit us through what they see as common threads such as a disillusionment with modern consumerist society, concern for the environment, or belief in something more profound than individualist materialist accumulation. The core of their project, however, remains rooted in values fundamentally opposed to those of liberation: authoritarianism, patriarchy, domination, militarism.

Fascists have been successfully recruiting anarchists into their ranks for a long time, from the Italian Futurist movement in the early 1900s all the way to green anarchists in the 2000s; two anarchists locked up for high-profile eco-defense in the Pacific Northwest left prison with strong neo-nazi ties and an abiding interest in third-positionist philosopher Julius Evola.

Is it likely that those behind Identity Acadia will take this tack? Probably not anytime soon at least. They seem too heavily tied in to the rest of the Alt-Right, and fascists and anti-fascists are too visibly locked in struggle for this to be as effective a strategy as in quieter moments. But it behooves us to keep an eye out for this kind of insidious behavior. We won’t fall into the trap: authoritarian thinking brought about the environmental crises and modern alienation we are all facing today. It’s not going to get us out.